Although when the Crown shape Virus enters the Respiratory tract of a person causes a respiratory illness with symptoms such as a cough, fever, and in more severe cases, difficulty breathing. Up to now, it has taken thousands of lives and this ratio is increasing day by day. Well, we are not going to discuss its reality, based upon the medical field.

Nature has played its role in the creation of this biological entity with some positive aspects which are veiled by its incurable physical effects. Nature has conspired for the betterment of its creations who were losing hope before the hazardous effects of the ongoing phenomena. Especially it is a Ploy of Nature to save the future of the Young ones from these brutal ways of life which might have snatched the power of their existence in the upcoming years.

Here are the five effects of COVID 19 which are making the life soothing for under 19 especially.

Nature has taken the burden of own healing thus to be merciful upon the existing youth and coming generations. Reduced Air, Water, Noise and Terrestrial pollution can be considered as a blessed consequence of the Lockdown. The Climate changes are taking shift toward constructive curing of nature to feed the children of Nature in the long run. Adults after a long time can feel the pleasant effects of Mother Nature to nourishes their beings.

This generation adults were wandering to find peace from there loves ones but they were unable to get a glimmer toward this love. Neither their relations nor the young ones were finding time to spend it with each other thus enhancing their positive vibes. Lockdown has compelled both the generations to understand, support and love each other and retain their lost relations by surrounding each other.

Due to COVID 19, the betrayed young ones lacking the emotions have been introduced to the passion of sacrifice, sharing, and humbleness toward the affected people. They are encouraged by this drastic situation to help out the needy, poor and the patients. This pandemic has made them sympathetic toward humanity which will be helping them in their existence in the long run.

Cleanliness is becoming part of faith

Its increased ratio has force humans to follow the basic rules of cleanliness. The generation unaware of personal hygiene started to take preventive measures to become clean thus enhancing not only their physical purity but also spiritual. They have got the lesson about how to remain clean in both the eating process and take care of their body.

Humanity Back to Religion

The horror scene of the COVID 19 Pandemic has compelled the lost Generation to bow in front of their Lord and make a connection with their creator to purify their Souls. People have made their ways toward churches, Mosques, and temples to seek the forgiveness of God and to think about the lost ways of life. They are forced to introduce their soul with the origin of their existence

There is a hope that these strongest young ones who will be surviving may make themselves a different kind of humans, far better than us and once again make this God gifted World a better place to live and do not take it for granted. 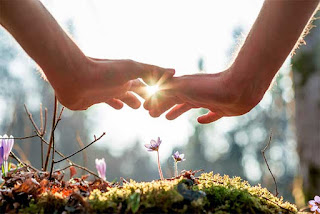 Email ThisBlogThis!Share to TwitterShare to FacebookShare to Pinterest
Labels: advantages of covid 19

Muniza Khan
I want to introduce my readers with the opposite side of reality. Reality is nothing. It is man made. We have the power to alter the reality of reality

Yup, this pandemic is surely have positive effects on the world and its creations in the world....... Nature decided to heal them in a bitter way....

nature is now applying own ways

Its seems like aliens have take over the blue planet. It doesn't seem less than horror movie scene

Now the humans are ineffectual spectator

Going around and round They do not find The very comfort they have restrained self thus annoy The utmost contentment they have not evo... 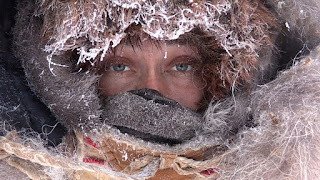 Search This Blog through mysterious blogs

Search This Blog through mysterious blogs

Muniza Khan
I want to introduce my readers with the opposite side of reality. Reality is nothing. It is man made. We have the power to alter the reality of reality